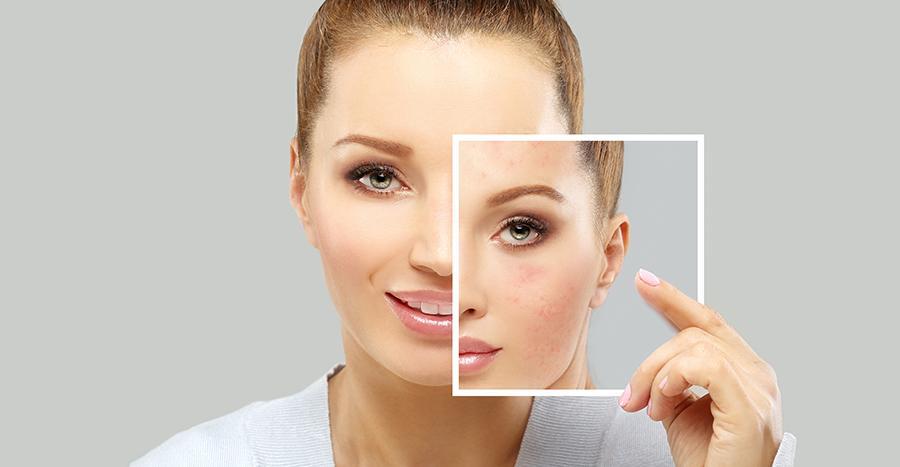 Rosacea describes a condition in which redness and swelling affects the facial area. Redness may appear on the nose, cheeks, chin, forehead, eyelids, and in the eyes as well. It could even happen in non-facial areas like the neck and chest. Females are more likely than males to be affected by the disease. At least 16 million people in the U.S. suffer from it.

The cause of rosacea hasn’t been identified; yet, the condition is linked to number of factors that could play a role in its development.

Sunlight – Sunlight is thought to be the most common trigger.

Gender and Race – Caucasian females, particularly those with northern European ancestry, have a greater risk of developing rosacea than any other groups.

Bacteria – Helicobacter pylori bacteria is found in the digestive tract.

Mites – Sources suggest that microscopic mites (Demodex folliculorum) could cause rosacea by releasing bacteria on the skin. However, an insufficient amount of evidence that supports this theory has been provided.

Alcohol – Alcoholic beverages have been reported to worsen the symptoms.

Steroids – Long-term use of topical steroids may encourage the condition.

Spicy Foods and Hot Beverages – These are also named as common triggers.

What are the Symptoms?

The symptoms of rosacea can include:

The good news is there are various treatments available for rosacea. Make an appointment at All About Me Medical Day Spa in San Diego to learn about all of your treatment options. Contact our office today to schedule a consultation and get started.

© All About Me Medical Day Spa. All Rights Reserved. Web Design & Internet Marketing by Studio III